Layer Whale is a plugin for Glyphs that takes what you love about the Glyphs workflow, streamlines it and removes clutter.

Stop creating endless layer copies with every change you make because Layer Whale remembers everything- and with the power of checkpoints, you can retrace your steps AND explore additional creative choices in your design without worrying about ruining your progress.

The interface starts with a simple palette that exposes a few simple but powerful features:

The player itself is an extremely useful tool. Some of the things you can do: 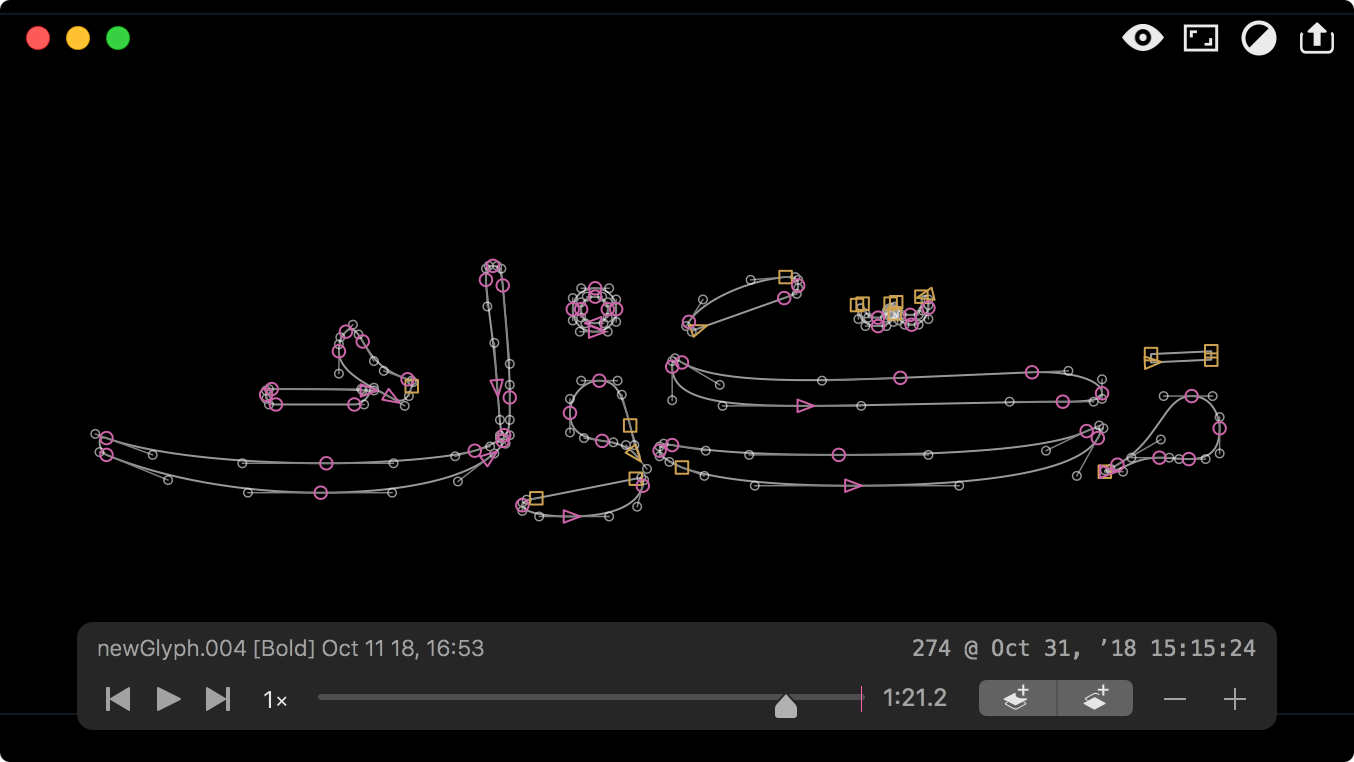 The player is great for showcasing progress, for teachers of type design (especially at the high resolution setting) & students who wish to learn technique, and designers that wish to communicate proof of work.

Export time-lapse (typelapse!) animations in GIF, MP4 or APNG. Whatever is visible in the player will end up in the exported media.